Artificial intelligence (AI) is the capability of a computer program or a machine to think and learn. It is also a field of computer science, which emphasizes the creation of intelligent machines that work and react like humans. Basically, the concept of artificial intelligence was based on the World War II, and it has become a necessary part of the technology industry.

Robotics is also a primary field related to AI. Robots need intelligence to handle tasks such as object manipulation and navigation, along with sub-problems of localization, motion planning, and mapping.

What can we observe as its parts? 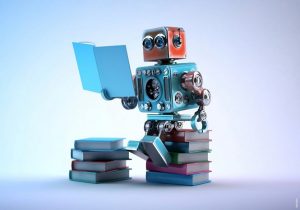 Knowledge engineering is a core part of AI research. Machines can often act and react like humans particularly if they have abundant information related to the world. Artificial intelligence must have access to objects, categories, features, and relations between all of them to implement knowledge engineering.

Machine learning is another core part of AI. Learning without any supervision needs an ability to analyze patterns in streams of inputs, whereas learning with adequate supervision involves classification and statistical regressions. Classification determines to which kind the object belongs to and regression deals with obtaining a set of numerical input or output examples, thereby discovering functions allow the generation of suitable outputs from respective inputs. Mathematical analysis of machine learning algorithms and their performance is a distinct category of theoretical computer science often mentioned as computational learning theory.

Machine perception deals with the ability to use sensory inputs to deduce the different aspects of the world, while computer vision is the power to analyze visual data with a few sub-problems such as facial, object and gesture identification.

View all posts by Ersan Erdem