This tool will enable you to follow meticulously your competitors evolution through its patents portfolios development and R&D development. Having your competitor’s information will increase your gain of business advantage, discerning potential business risks and facilitating faster reaction to an action or event from the competition. Competitive surveillance tools are a necessity if you want to take better strategies and stay ahead of the market.

According to your search criteria, the application will combine news, patents, and publications to your final result for better findings.

Examples are shown below. 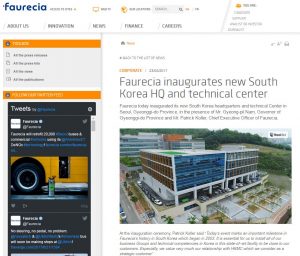 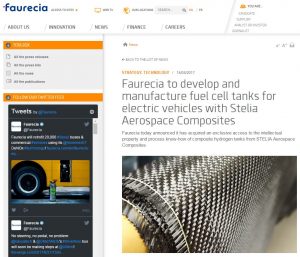 Faurecia today announced it has acquired an exclusive access to the intellectual property and process know-how of composite hydrogen tanks from STELIA Aerospace Composites. Faurecia is now, with the support of STELIA Aerospace Composites, able to design, industrialize and commercialize high pressure hydrogen tanks made of carbon fiber composites for fuel cell electric vehicles. Patrick Koller, CEO of Faurecia: Faurecia has the ambition to become a leading supplier of fuel cell technology. Read more 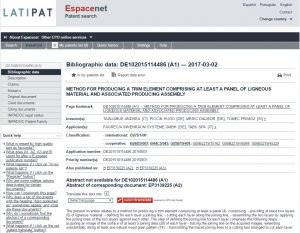 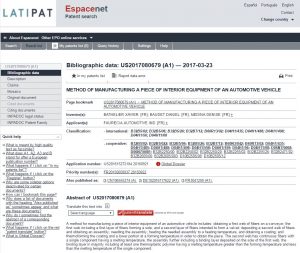 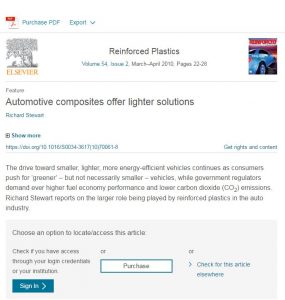 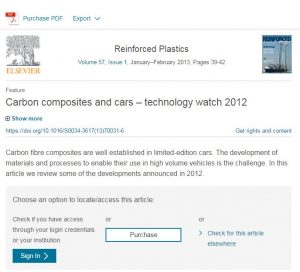 Carbon fibre composites are well established in limited-edition cars. The development of materials and processes to enable their use in high volume vehicles is the challenge. In this article we review some of the developments announced in 2012. Read more